We received yet another commercial job for the year!

We have received a plumbing contract for the new Hunter Park Restroom building in Norwood, OH. We will be doing the plumbing work on the new public restrooms for the city park. This will be our second public job for the year 2009. We are happy with our progress as a Cincinnati commercial plumbing contractor thus far and hope to be even happier by the years end. We will continue to provide low bid proposals for commercial jobs competing against some of the major union plumbing shops in the tri-state area as well as other various open shops.

The most important thing that we notice about these publicly bid jobs is that the labor rate is mandated to be prevailing wage which is the wage that the union employers have to pay their employees. The idea is that this makes it an even playing field for the union companies to bid against open shop companies because now the open shops must pay their employees this union wage if they are to perform the job being bid.

This causes two problems for the taxpayers though. One is that the jobs that are being bid at prevailing wage rates could be bid at competitive open shop rates saving the taxpayers money in the long run because of lower labor rates. The other is that the number of companies bidding these jobs is somewhat limited because of the prevailing wage (union) rates. There are a lot of open shop companies that won’t bid on these projects because they can’t afford the higher labor rates. This only diminishes the chances of an even more competitive bid. The less companies that will bid the projects the less competitive the bids are. This also keeps the bid prices higher, once again costing the taxpayer’s more money in the long run.

Flow-Rite Plumbing is proud to be an open shop with no boundaries. In doing so we bring the quality of work the public taxpayer’s deserve. We will continue to bid competitively on public jobs as they arise and provide quality workmanship on them when we are awarded the jobs. We would like to thank everyone for their support in our past and future endeavors.

As always, Why be Wrong?……When you can Flow-Rite! 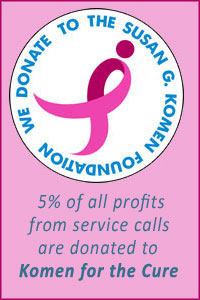